The Ross River Solar Farm located just south of Townsville covers a 200Ha site and generates over 148MW of electricity. Over 62,000 piles were installed to support the photovoltaic tracker modules. 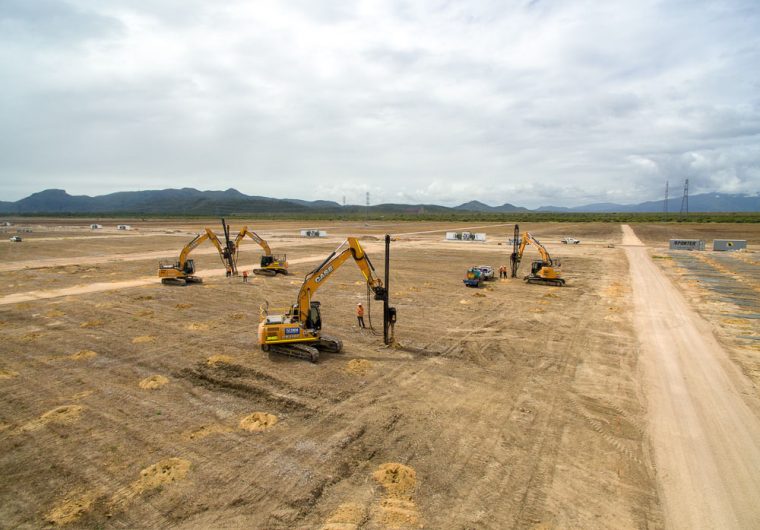 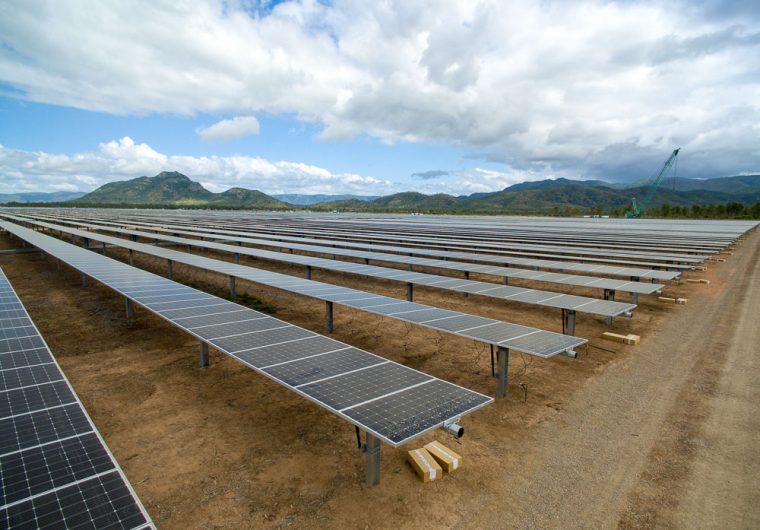 Ground conditions comprised very stiff to hard silty clays and very dense clayey sands of alluvial origin, below a thin veneer of topsoil. No bedrock was en-countered within the excavation depths across the site, however occasional weakly-cemented lenses were encountered. Auger drilling did not refuse at any borehole locations, although SPT N values varied from N=13 to refusal.

The original pile design performed by others required piles to be directly driven to depths of up to 4.4 m across the site. Upon commencement of construction, very high rates of pile refusal were encountered. FSG was initially asked to review the foundation design and make recommendations to improve constructability.

FSG conducted a series of pile tests across the site, and from that data re-designed the foundation system, shortening piles to less than 2. 6 m in length.

A review of ground conditions using advanced statistical approaches identified areas where piles were driveable, and in other areas, advice was given on appropriate alternative construction methodology, such as pre-boring.

I’ll leave you with a good news note for 2017 as on Ross River, following the good work that has been initiated and with the privilege of having FSG on board, site has now seen a
daily productivity increase in the order of 40 to 70 times!

FSG’s collaborative approach to review, design and testing meant that construction challenges could be readily understood, options investigated, and a ‘best-for-project’ outcome achieved.

Our flexible approach to solving problems meant that we were able to adapt when the need arose; for example, pile testing regimes could be modified to suit changes in plant and personnel on site.